The new year brings with it an opportunity to declutter one’s life and see things with brand new eyes. Beneath all the clutter, I sometimes find buried treasure — old artwork, journal entries, poetry, and photos that meant a lot to me on this journey to adulthood.

The work featured below is a mixed media piece called “Two Men Walking Towards the Light.”

In order to create symmetry in this piece, I digitally mirrored an original photo of a man walking through an archway beneath Philadelphia’s City Hall. It was a lucky shot I took during a visit to Center City during late winter of 2013. The original and mirrored versions are featured below. 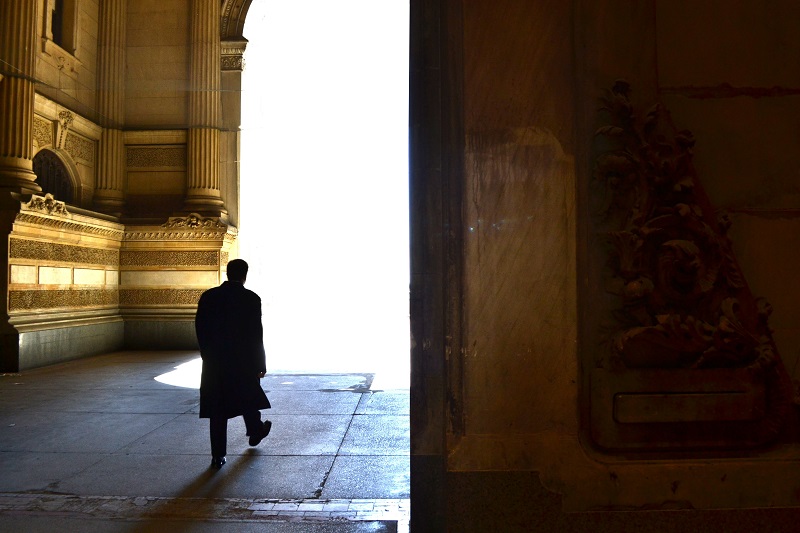 After printing and framing the latter image via Society 6, I layered Egyptian-themed clippings onto the picture frame itself, creating a golden-hued triangle seen in the bottom third of the framed image below. Keep scrolling to view the clippings up close.

This artwork was featured at Philadelphia’s InLiquid Gallery twice: the first time for a Members’ Exhibition in July 2013 and the second time at a benefit show during February 2014. I also paired the image (sans clippings) with a line of poetry in one of my March 2013 blog posts. It’s an image I hold dear to my heart.

I plan to keep on decluttering to find out what else I can unearth. Such fun!