Here in Philadelphia, we’re having what one might call a “real winter.” Snowstorms, subzero temps, dangerous road conditions, loss of power — you name it, we’ve had it. Last week’s ice storm closed roadways, toppled trees, and left thousands without electricity. Four days later, many residents are still without power.

Ice storms are deceptive in that they start out like any other rain. “The rain in Spain falls gently on the plains.” It sounds almost soothing, does it not? But that rain quickly transforms into ice, leaving a slick glaze in the wake of anything it touches: flora, fauna, and (most precariously) electrical wires. To your right is an impressive (and sort of hysterical, although it probably wasn’t for residents at the time) century-old photo courtesy of Wikimedia Commons, which illustrates just how much damage an ice storm can do.

I leave you with a few of my own recent images, captured last Thursday, to further portray what it’s like to suddenly find oneself trapped in a veritable ice world . . . at least until the next thaw. (Please note: I’m currently entertaining the notion of renaming this blog “Virtual Iridescence: Weather.”) 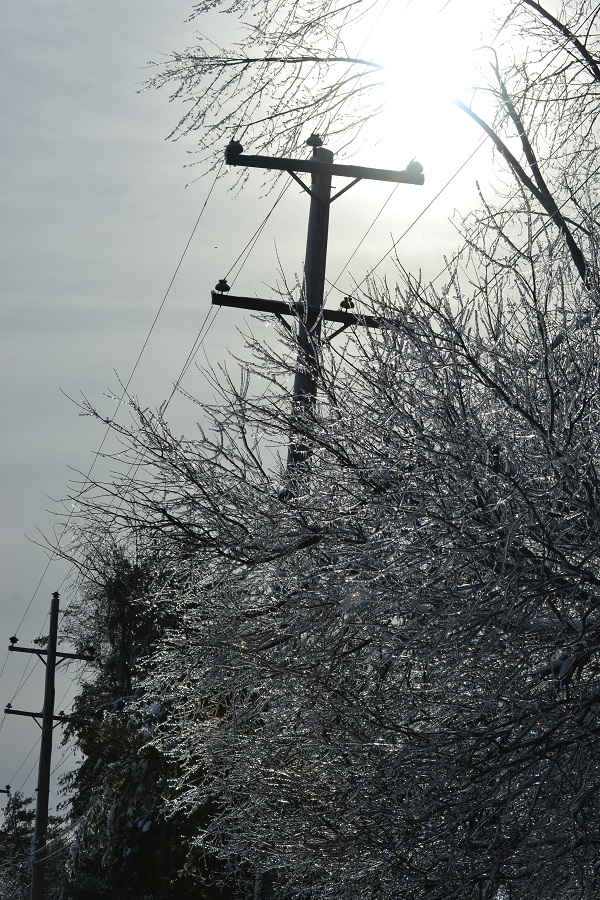