Not all who wander are lost.

I’ve lived in Brooklyn a full two months, and I’ve finally started to explore the city. My first month in this area consisted of mainly unpacking, figuring out all the minute details of life in this new region (selling my car, getting familiar with the subway, finding my way around, job-hunting), and also recovering from a summer cold that hit me hard.

I found a few yoga studios that I like, although I haven’t started teaching since I’ve been here. It may be a while before the stars align in such a way that I am able to teach regular classes again. While I miss it, I have to admit that the break has been nice. I’m able to be a student again, to enjoy the practice and be fully present on my mat, even when my body and mind resists it.

My job search led me to an intriguing social work gig which will start in a month. In the mean time I am using some of my free time to check out different neighborhoods. Recent jaunts have found me in the Polish-inspired Green Point neighborhood and most recently, Bushwick. The latter neighborhood is in the process of gentrification. Many creative types have flooded the area, and an artists’ collective has contributed to the area’s numerous murals, some of them truly breathtaking. Here are a few photos from my recent wanderings. All of the photos but two (i.e., the tiger lily and the bakery) were captured in Bushwick. 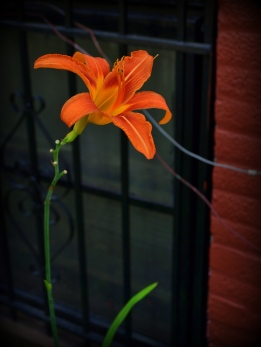 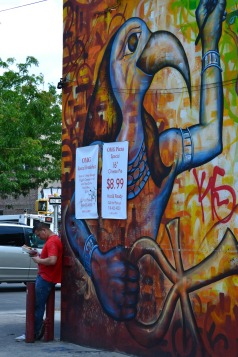 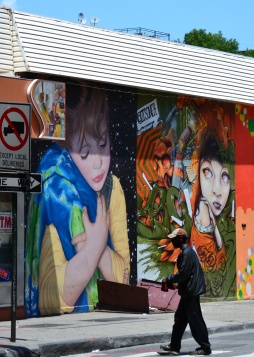